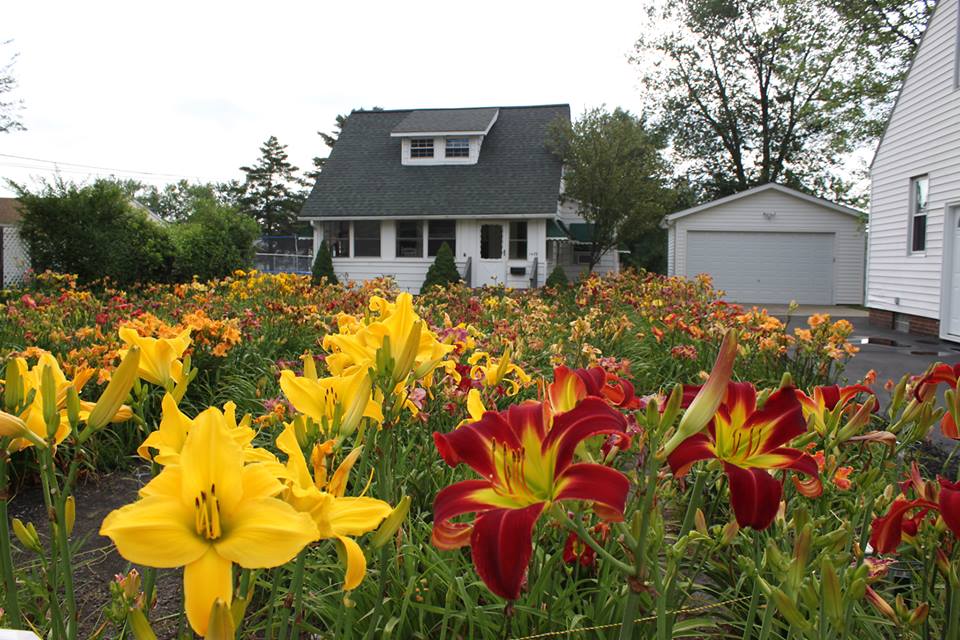 Distinctive daylilies. Daylilies that you just can't imagine existing.  I have been seeing more and more unique pictures of seedlings and introductions that are so special, they have to be shared.  Here is a quick collection of some fascinating daylilies:


There you go folks.  What an amazing collection of distinctive daylilies.  Folks are really pushing the envelope across the country and exploring different types of hybridizing we haven't even imagined.  I feel lucky to be close to some of the action.  Next segment will most likely be pictures of daylily gardens at peak bloom.  The blog season is winding down and Spring is cranking up.  Hope you folks are well.

A panoply of color


I think the first person to show me groups of blooms together was Dan Hansen.  Dan would take a photograph of a group of blooms and ask the people on Facebook which one was their favorite?  I loved this approach because inevitably your eye would go towards a certain daylily bloom. Recently I have used this method to see which color in a group of blooms was my favorite. Also when you look across a daylily field, one finds themselves drawn in to certain colors.  For me it's yellows.  They seem to grab my attention from a distance....followed by reds in a close second. I asked my friends on Facebook to share their multi bloom pictures and was pleasantly surprised by the response. Here are some awesome photographs of collections of daylily blooms:

WOW!!!  That's a lot of eye candy there! Thank you so much to all the people who shared their photographs for this colorful thread. All pictures are property of each person who shared them and use without prior consent is prohibited.  Well.....how do I follow something like that up?!! That's going to be tough.  Spring is just around the corner.  Happy to see March arrive and can't wait for our first color of the season.  I'm sure everyone is planning out their garden right about now.  Not sure what is next so stop back in to see.  Thanks.
Posted by Paul K. Lewis at 4:59 AM

Jeff and Elizabeth Salter, over the years

Paul Genho commented: "The last discussion I had with Jeff Salter he was tearing a bloom of 'Here's to you Bill Robinson' apart to show me that it had a genuine white base. Jeff wanted to get the "munge" out of flowers.
I'll never forget the first time I met Jeff and Elizabeth Salter.  I was living a couple doors down from Curt Hanson and Curt said that Jeff and Liz would be visiting his place for a week.  I'm pretty sure this was in July of 2000.  I went over to Crintonic Gardens, saw Jeff and Liz and it was almost as if they were a couple of rock stars and I was lucky enough to meet them backstage. Ha ha. I remember them being very down to earth and happy to answer any questions I had about daylily hybridizing. Right from the beginning of my hybridizing I have always had Salter daylilies as part of my program.  I loved daylilies with gold edges in the beginning and Jeff's pinks with gold edges were leaps and bounds better than anyone else's.  I was sorry to learn of Jeff's passing this past October and always wanted to do a large segment on them.  My friend Curt Hanson has been sharing a large daylily catalog collection with me and he has Salter catalogs dating back to 1990.  Let's start with those first: 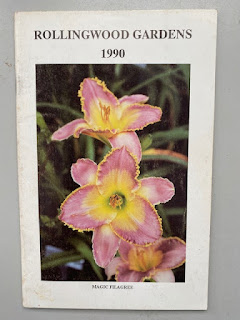 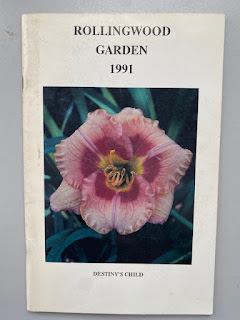 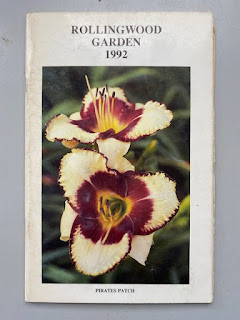 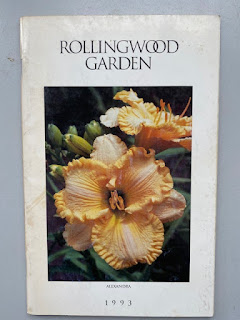 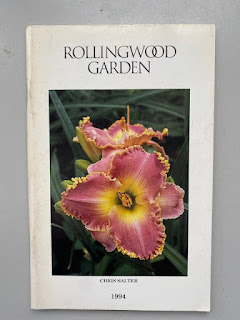 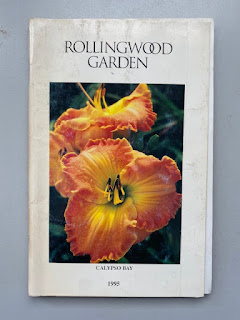 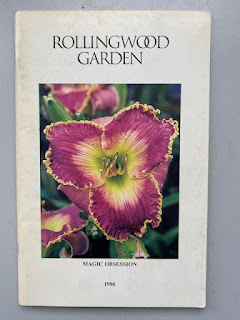 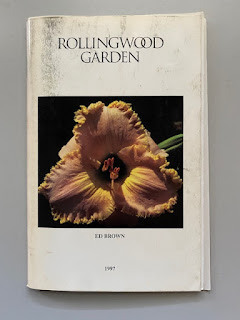 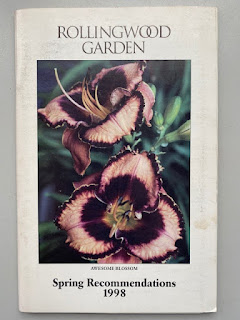 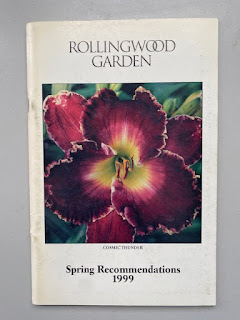 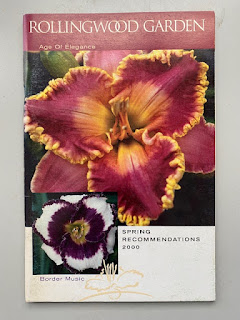 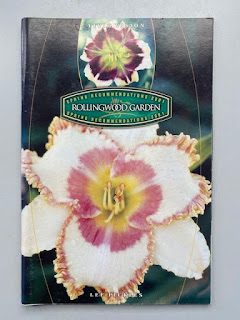 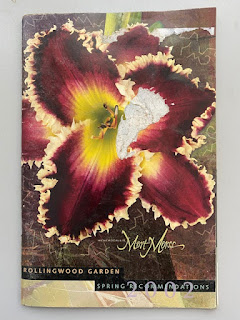 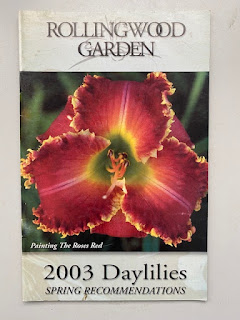 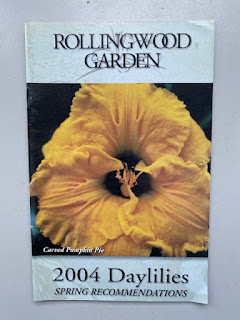 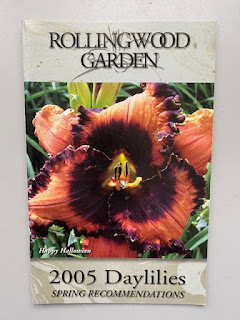 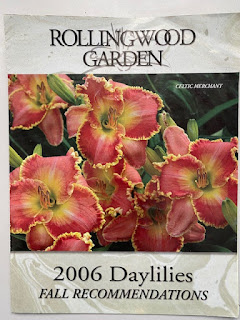 In 2006 daylily catalogs started to disappear and most introductions appeared on websites. Here are a couple printouts I saved from the first couple years: 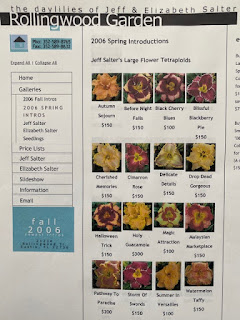 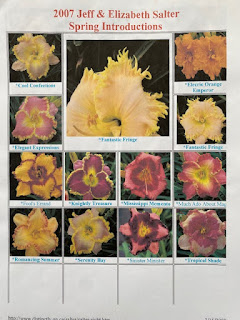 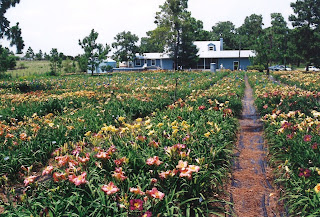 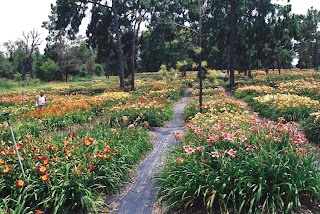 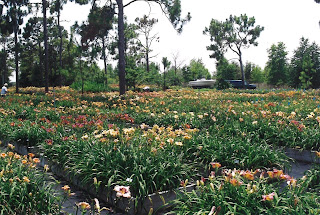 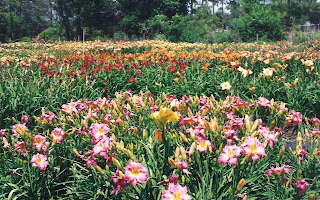 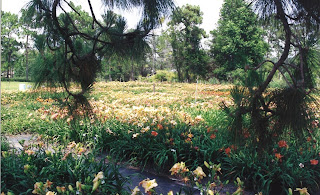 Here are a couple photos from the location in Gainesville, Florida: 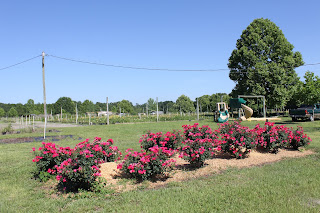 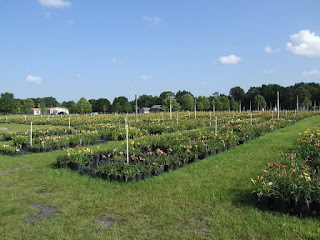 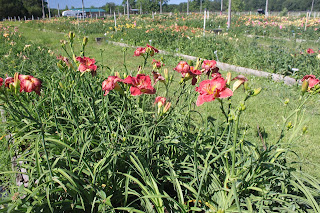 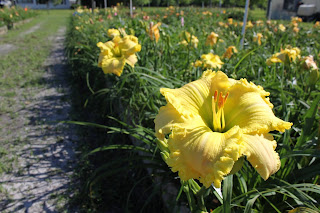 This past October, Jeff Salter passed away.  Paul Genho wrote this obituary about Jeff and said I could share it with you all.
Written by Paul Genho:
With the passing of Jeff Salter, the daylily world has lost one of its most respected, talented, and productive hybridizers. And his wife, Elizabeth, and daughter, Alex, lost not only their husband and father but also their hybridizing partner. Many other of us lost an exceptionally good friend.
As a young man Jeff wanted to major in agriculture but was pressured by his father to become an attorney. As a result, he graduated from the University of Florida with a Juris Doctorate and practiced law for 30 years. Jeff frequently said that he hated every minute of his time as an attorney. He yearned to be outside and with plants.
His love of plants caused him to spend time at plant shows where he became interested in daylilies. There he met and became close friends with John Kinnebrew Sr. and by 1978 he was judging and showing daylilies. In the early 1980's he became acquainted with Bill Munson and Bill introduced Jeff to hybridizing daylilies. He also let him use a small bed in Bill's fabled garden in Gainesville, Florida for several years. In 1984, he married Elizabeth Hudson (Liz) who was Bill Munson's niece and he and Liz began hybridizing and marketing their releases.
Jeff's first introduction was Anastasia (1984), and to date he and Liz have registered 1,242 daylilies with more coming. Jeff and Liz were a team and their skills as hybridizers becomes apparent when one considers the many ADS awards they have received. These include 3 Stout Silver medal awards, 1 Lennington All American award, 25 Award of Merit awards, and and astounding 165 Honorable Mention awards, as well as countless other ADS awards. Jeff was awarded the Bertrand Farr award in 2003. He was an active member of the ADS for decades and served as a regional president.
While his flowers are incredible and his contributions to the daylily world more than plentiful, to really know Jeff one would have to witness his love of living things, he quickly makes a friend with every pup he sees. His appreciation of simple things. His favorite restaurant was Krystal. His sardonic but never malicious sense of humor and his willingness to teach all he knows to anyone willing to be taught. He will be greatly missed.
Curt Hanson shared: I would say for almost 10 years the Salters RULED the Florida scene, pushing the genome as never before primarily based on the work of Bill Munson. Raising upwards of 60,000 seedlings annually they created and refined so many of the popular characteristics of today, Most notable are the edges and patterns. Jeff loved his polychromes and Elizabeth carried on with her diploid patterns. The Kinnebrew's program was based on Jeff's work and Stamile's program was deeply indebted to Jeff's tets and Elizabeth's pattern lines. The contributions of the Salters to todays modern daylily cannot be overstated!
Dan Hansen shared: In my opinion, Jeff and Liz Salter are the Greatest of All Time (GOAT) in hybridizing tetraploid daylilies, and will not be surpassed. Unquestionably THE most "used" plants in my line were Salter daylilies. Both were kind to me, generous with information and inspiration in all things daylily for which I am grateful. No one I am aware of traveled more to look, present or support daylilies than the Salters. I will miss his wye smile and talks at the edge of a daylily field!
Now here is a sampling of Jeff and Elizabeth Salter's introductions over the years:

Jeff really liked Watercolor Wishes because it had a completely white base.  Like nothing else out there. Really special Liz.
An amazing body of work and I feel lucky to have witnessed so many great Salter intros over the years. Thank you to the Salters for allowing me to put this segment together.  If you would like to purchase any of the newer Salter intros, log on to www.salterdaylilies.com. I hope to visit their garden this May if I can get my vaccine first.  Thanks goes to all of those who shared their photographs including Loris Garret, Hilliard Lawler, Lyle Dye, Darrel Apps, Michelle Brickner, Jacob Henry, Patrick Guidry, Dave Mussar, Sharon Ipock Price,Dorothy Jean Parker, and David Harrell.  Special thanks goes to Paul Genho for sharing his memories with Jeff. Special thanks goes to my friend Curt Hanson for sharing all those catalogs. Special thanks also goes to Dan Hansen and Curt Hanson for sharing their memories of Jeff and Liz.  All photographs are the property of those who shared, so use without prior authorization is prohibited.  Not sure what I have lined up next, but there is so much material here to work on.  Spring is inching closer.  Hope you all are well.  Thanks for stopping in.
Posted by Paul K. Lewis at 7:39 AM

Paul K. Lewis
Greetings daylily lovers, garden enthusiasts, and daylily friends. I've been hybridizing since 1999 and have been fortunate to have been mentored by the great northern hybridizers, Steve Moldovan, Roy Woodhall, and Curt Hanson. I am married to a lovely woman by the name of Kyle. Kyle and I live in a suburb of Cleveland, Ohio called Mayfield Heights. When I started dating Kyle back in 2007, Kyle was nice enough to let me bring a few daylilies over from my old house, and now our entire yard both front and back is covered with daylilies. We have enjoyed traveling the United States meeting many hybridizers over the past 4 years and have enjoyed seeing some really unique gardens. I thought it was time to share my experience, strength, and hope with regards to my daylily hybridizing. I hope you find something you enjoy in reading my blog.